Rachmaninov Preludes
Rachmaninov, Variations on a Theme of Chopin, Op. 22

FREE- Open to the Public 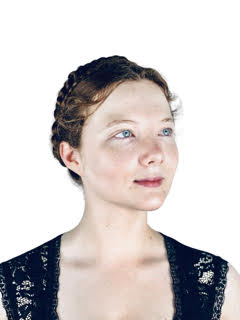 Rebekah Dickinson is a young British pianist and violist. She began studying the piano at the age of 3 and viola at 6, and at the age of 13 was awarded a scholarship to attend Wells Cathedral School, where she studied viola.

Whilst keeping active as a violist playing in the National Youth Orchestra of Great Britain, Wells Virtuosi, The Academy Symphony Orchestra at the Royal Academy of Music, and at the Last Night of the Proms with the BBC Youth Ensemble, Rebekah was also able to keep up her piano studies, having taken lessons from Leslie Howard, Claudius Tanski, and Peter Donohoe, among others.

She recently graduated from the Royal Academy of Music in London and obtained a First Class Honors Degree in Viola Performance.  She has more recently been studying regularly with Carlo Grante, who recognized her potential for development as a pianist and under whose guidance she is taking her first steps in a career as a concert pianist. Her debut album featuring Liszt’s three masterpieces inspired by the Divine Comedy will be released soon. 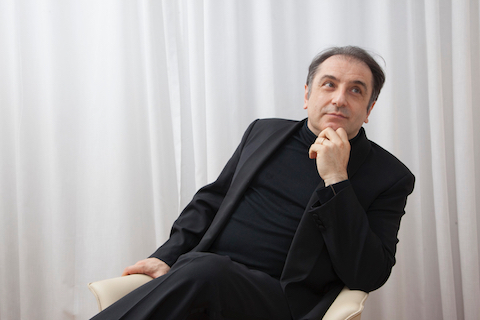 Carlo Grante, described by Vienna’s Die Presse as “a knight of the piano, without blemish and without fear” has performed in Vienna’s Musikverein, the Berlin Philharmonie, London’s Wigmore Hall and Barbican, Rome’s Santa Cecilia Hall, the Leipzig Gewandhaus, the Dresden Semperoper, the Stuttgart Opera, Zurich Opera and Prague’s Rudolfinum, as well as at Lincoln Center and the Kennedy Center in the US.

He has appeared as soloist with major orchestras including the Dresden Staatskapelle, London’s Royal Philharmonic, the Vienna Symphony, the Orchestra of St. Cecilia, the Zurich Philharmonia, MDR Leipzig, the Chamber Orchestra of Europe, and Concertino Wien.

Though best known for performances and recordings of Scarlatti, Mozart, Chopin, Schumann, Liszt, Busoni, Debussy and Godowsky, Carlo Grante has had many contemporary works dedicated to him, by Roman Vlad, Michael Finnissy and Bruce Adolphe, among others. Being of today’s most active recording artist, Grante has made over 60 recordings (mainly for the Music&Arts and Naxos labels), including the complete recording on piano of the sonatas by Domenico Scarlatti.

A prolific scholar and writer, author of books on methodology and piano literature, Grante is professor of piano performance at the Conservatory of Bolzano, Italy.

Read more posts by this author.